And the Smackdowners for the 22nd Annual Academy Awards are...
AARON of Sarcasm with a Light Cream Sauce
BROOKE CLOUDBUSTER of Boy on Film
KEN of Canadian Ken
with
yours truly, STINKYLULU. 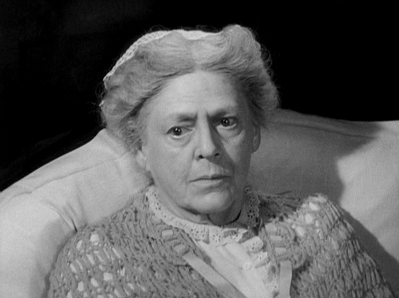 Miss Em is easily the most important role in Pinky, no matter what the film's title is. She haunts the film before she ever arrives and when she does arrive, Barrymore delivers. It's a star turn, but a well-executed one. Barrymore is crotchety, loveable and sassy.
BROOKE

Barrymore manages to live up to the hype that the plot creates for her in a perfectly serviceable and endearing performance. Perhaps it is the film's fault that it ends up no more than this, but it's definitely a worthy nomination.
KEN

Barrymore, with her weathered patrician beauty, brings dependable star presence. The sense of imperious mischief is familiar but still pleasurable. Especially her, "All I ever wanted … to have my own way", delivered to Pinky with a conspiratorial wink. (But where was Evelyn Varden’s nomination? She was terrific.)
STINKYLULU

Barrymore invests Miss Em with an alacrity and intelligence just slightly beyond what's required by the script. Solid, witty and astute – an entirely adept performance of a showcase role.

Celeste Holm in Come to the Stable 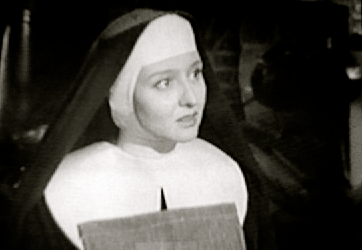 Celeste Holm realized that Stable was essentially mounted as a vehicle to promote and prolong the box-office twinkle of Loretta Young (which it did). Asked which nun she played, Holm replied "the one that’s slightly out-of-focus". She’s a good sport but the wobbly French accent defeats her.
STINKYLULU

Celeste Holm is entirely adequate in the role of Sister Scholastica, somehow surviving both her miscasting and her costar with a witty, empathetic, vivid grace. Holm's face registers empathy and gravitas with undistracting warmth at precisely the right moments but, even so, it’s merely adequate work.
AARON

Holm is too good for this role by far, but it seems to fit her in an odd way. The film is a silly little confection, and the viewer leaves with that impression mostly because of the giddy joy that Holm brings to each of her scenes. It's an honest, earnest, Chaplinesque performance that makes the entire film watchable.
BROOKE

For a role in which she was horribly miscast, Holm gives a performance that sometimes edges into greatness. But, Sister Scholastica has nothing to give the actress and she ends up spinning gold from coal.


Elsa Lanchester in Come to the Stable 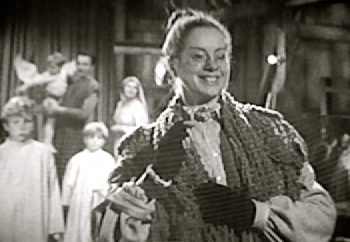 Lanchester's signature quirk might have served the role with charm had she tempered some of Amelia's fretfulness with more of Amelia's genuine faith. But as it stands, Lanchester's performance is a dotty, dithering disaster.
AARON

I am completely baffled by this nomination. Lanchester's performance consists mostly of standing around gaping in shock and awe at the havoc the nuns are wreaking. Even when the film asks more of her, in her single scene with Hugh Marlowe, Lanchester stays on the same note.
KEN

The drawling eccentricity, the preoccupied twittering have been used to better advantage elsewhere. Agreed, the picture’s just Catholic cotton candy. But Loretta Young does make a great Supernun (she and Thomas Gomez work especially well together). Lanchester, on the other hand, does little more than exist.
BROOKE

Lancaster has perhaps one of the least interesting or compelling roles in the movie and although she seems to be trying to attempt to do something with Amelia, her successes are at best limited.

Mercedes McCambridge in All the King's Men 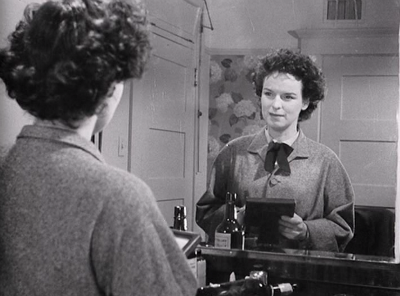 A disappointingly uneven performance. McCambridge nails Sadie at some moments, but loses her in between scenes and sometimes during scenes; amounting to little more than what is a tag-along nomination.
KEN

McCambridge circles this crude mess of a movie like a pissed-off bumble-bee. Best in her moment of cathartic, exultant shock after Ireland (who plods through the picture looking like an unmade bed) slaps her. She knows she’s sunk her stinger into a nerve.
STINKYLULU

McCambridge's performance delivers many vivid, and skillfully rendered, moments of clarity to this fascinating and prescient film. Yet, somehow, McCambridge's lapses between electric clarity and indistinct cardboardness culminate in a strangely discordant performance. I wanted to love this performance as much as I sometimes did in a specific moment, but ultimately I'm just confounded and Mercedes McCambridge's fascinating but erratic work in the role.

All the other characters in All the King's Men are conflicted, but McCambridge's Sadie isn't conflicted at all. This makes her interesting onscreen, but only for a limited time. The actress is hampered, too, by what the social mores of the day allow onscreen. It's a performance that starts off wicked and enjoyable, but ends up rather flat and predictable.
TOTAL: 12 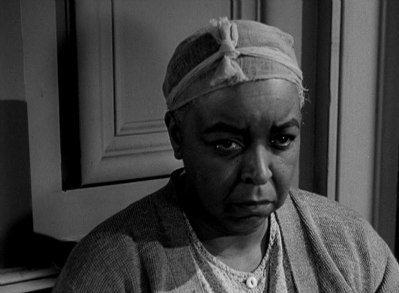 A great performer gifted with a great role. Unfortunately, Waters doesn't even get into the real depths of what could've been a truly heartfelt performance of Granny, but what is there is detailed and full-bodied enough to deserve a nomination.
STINKYLULU

Waters' performance is, by turns, vivid and blurry. Waters presents a completely realized characterization in one moment, a 2nd tier stock performance in the next. Waters is good in the role, sometimes great, but even a performer as formidable as Waters can only do so much when the film seems to be working against her.
KEN

Granny’s essentially a defender of the segregationalist status quo. Complicating modern reactions to her performance. And her "wisdom" often comes off as sanctimonious badgering. Still, Waters’ face teems with spectacularly photogenic emotion. Especially in that stunning reveal at the end of Barrymore’s final scene.
AARON

Waters brings a grounded naturalism to her role. It's a strange performance that feels out of place in this film filled with melodramatic acting, but I loved Waters all the more for this. Nearly every move feels lived-in and real, and the pain that registers on her face when she realizes her best friend is dying is palpable.

s
Oscar chose...
Mercedes McCambridge
in All the King's Men

But the SMACKDOWN confers the honor to... 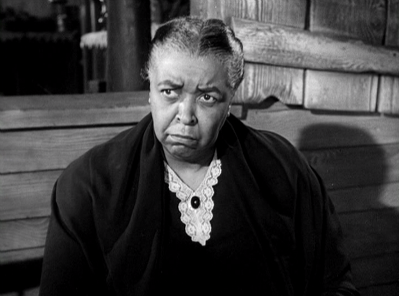 ETHEL WATERS as the
Best Supporting Actress of 1949!

BUT, lovely reader, what do YOU think?
Please share your thoughts in comments.

always lovely to read a Smackdown :D
if it weren't for Aaron's 5 stars, things would have been different.

Ethel Waters won with an average of 3.5 hearts, which isn't that honoring compared to past winners.

All I have to say is "Yay Ethel Waters!" She earned that win (even if only one person was truly over the moon about it).

I'm quite surprised to be the champion for Lancaster here. Well, relatively speaking.

Otherwise; I'm also surprised that I found Celeste Holm to be the best performance out of any of them. I think perhaps it's more the 'most interesting' than the 'best' performance. Which isn't necessarily separate, but interesting none the less.

None of the performances to me were worthy of a win.

I think the category confusion for the women of A Letter to Three Wives, all leads in their own stories but supporting players in the other wives tales so where to place them, cost Linda Darnell assuredly and perhaps Ann Sothern nominations. If she had been properly nominated, in my opinion she's a lead but a supporting nod would work too, then my vote would have gone to Linda in either category.

Sadly that didn't happen so out of a weak field I agree that Waters was best though I didn't like the film she was in.