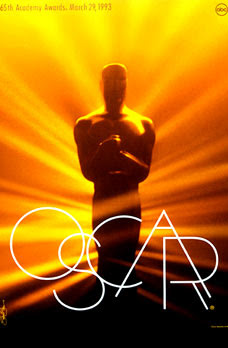 And the Smackdowners for the 65th Annual Academy Awards are...
ALEX of Alex in Movieland/My Next Oscar Film
BEN of Ben's Talking Pictures
BRAD of Criticlasm/Oh, Well, Just This Once...
BROOKE of The Performance Review
MOVIEMANIA of MovieMania
STACIA of She Blogged By Night
with
yours truly, STINKYLULU.

And for your viewing pleasure, Smackdowner Alex has compiled
this extended homage honoring each of the nominated performances... 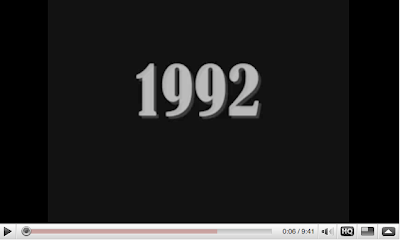 Judy Davis in Husbands and Wives 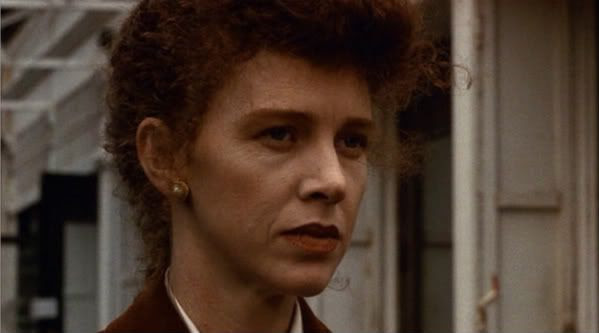 A provocative, memorable and delightful performance of one of Allen's signature "difficult" women. A simply spellbinding portrait of self-absorption at its most corrosive.
MOVIEMANIA

Has the qualities of a true "Allen" lady: colorful, quirky, and unpredictable. She fights tirelessly against the material she's given, but as it is, Sally is just a caricature. A planar-like pawn (and player) in a game of heartbreak.
BROOKE

Davis dives into one of Allen’s nastiest scripts with talons bared, detailing a portrait of intelligence, neurosis and wide-eyed viciousness. She finds an indelible mix of comedy and pathos, propelling this into one of the legendaries.
STACIA

Obvious at times, subtle at others, always compelling. Davis confidently grabs a scene and refuses to let go. Her passion works with the film, not against it, and she keeps the character believable in an otherwise contrived situation.
BEN

One of the most vivid and enthralling performances in any Allen film. Explosive and nuanced performance of an intellectual woman confronting emotions that can’t be rationally explained. Makes what could easily be the most abrasive character the most sympathetic.
BRAD

She's great at being brittle. The subtlety is astounding. She talks herself in circles in corners, and it's painful to watch but you can't look away. I waited for her to come back on screen, and then winced in pain when she did.
ALEX

A dominatix performance that I adore. Her energy and force are intimidating and her acting decisions are impeccable. I giggle everytime she’s on, as she knows how to find humor in lines that are fundamentally dramatic. Her finest piece of acting. 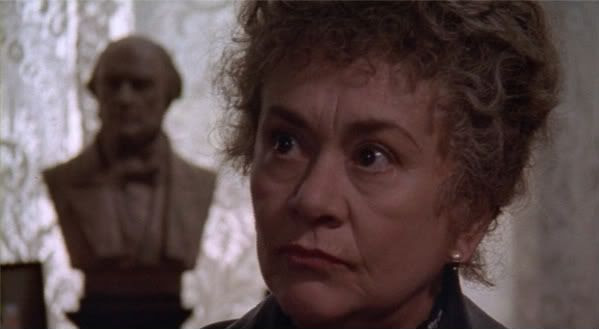 Plowright’s shallow scenery-gobbling and indulgent tics do little to illuminate the shades of her character. In fact, her stagebound performance simply drags down the light, airy feeling of this pleasant film.
ALEX

Best voice over ever. Sort of. But almost any British actress aged 60+ could’ve nailed the introductory grumpiness. As she’s warming up, her performance grows in strength, yet never excels without the help of the killer voice work.
BEN

Definitely perfect for this role. She plays the dowager well, and in the later scenes there are some lovely moments when she opens up. Nevertheless, it feels like Plowright could perform this role in her sleep.
STINKYLULU

A very capable performance of a stock character. She imbues everything she does with honesty, but doesn't try to transmit depth that isn't there. Avoids being maudlin and insufferable, the two poles this character as scripted could've fallen into.
STACIA

Another case of a really solid actress turning a bland role into a good one. Yet despite added nuances it was largely unexceptional and by-the-numbers. Enjoyable but not special.
MOVIEMANIA

Using her chihuahua-like eyes and dour face, Plowright paints a vivid portrait of desperation and loneliness. The character's arc reveals a person who can no longer ignore what is true and real to the world, but not to her.

Her scenes with Thompson, filled with reminiscence and remorse, offer glimpses of a woman getting the last drop of happiness out of life. Although Redgrave attempts to be making something of Ruth, her efforts turn out to be quite underwhelming.
STACIA

Great actresses give great performances, even when the role doesn't require it. Redgrave creates a complex character out of nothing more than vague illness and breathy earnestness, yet she remains too aloof to fully relate to.
ALEX

I was seduced by the character. And although Vanessa’s senile ghostly take can go both ways, I call it brilliance: the expressive eyes, the voice, the grace; the delicate pace and the soft touch – an excellent portrayal of a dying woman.
BROOKE

Redgrave has made a career out of elevating films, this being no exception. Her performance here is a thing of delicate beauty, perfectly calibrated to the gentle rhythms of this period piece.
BEN

Wordlessly opens the movie with her almost mystical presence. In her few scenes, she manages to play both an important symbolic role and still present as a recognizably human character. Subtle, affecting, beautiful performance.
BRAD

She haunts the film, which is essential for this role, but taking the tack of a living spirit who almost seems otherworldly. Possessed, but never crazy, there is no other actress who would have a)made the choice or b) pulled it off as brilliantly.
STINKYLULU

A stunning, masterful bit of actressing. Redgrave's elegantly tempered performance permits us to fall in love with the girl Ruth once was while giving a cogent (and heartstirring) glimpse into a lovely, loving woman's last moments of life. 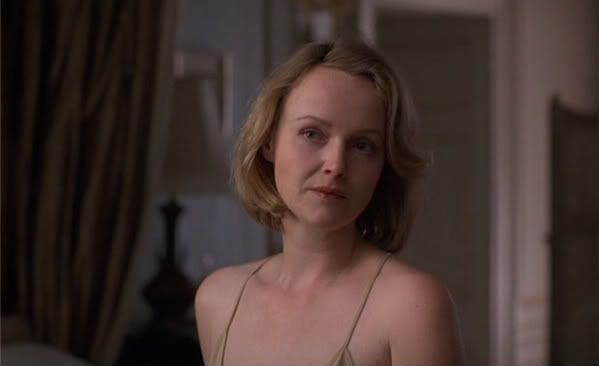 33-year-old Richardson is supremely miscast as a middle-aged wife and mother, and most of the movie gives her little to do. Her acting is quite powerful in her final scenes, but it can’t quite overcome the predictability of the script.
STINKYLULU

A charming, sympathetic anchor for this meandering, charmless film. At her most galvanic, she's extraordinary -- intelligent, layered, nuanced -- elsewhere, though, the performance seems as sketchy as the screenplay.
BROOKE

Richardson has been stuck with the least interesting role in this overcooked Malle film, but she manages to turn it into something worthwhile, even compelling at moments. Still her least impressive performance from this year, sadly.
ALEX

With all her money on one big scene, Miranda gives us 3 minutes of fabulous actressing, generating both pity and fear. So although I was sympathetic, the morning after scenes left me confused and doubtful regarding the motivations of her character.
MOVIEMANIA

I feel compelled to mention the parallels between Richardson and Beatrice Straight in Network, for their portrayals of abandonment and vulnerability. Richardson's explosion however, goes deeper into the mind and soul, reminding us of the darkness that's inside us all.
STACIA

A fabulous actress wasted for two hours, given just one scene to really show her stuff. She improves the entire film, ironically calling attention to the surrounding blandness. Richardson deserves a hell of a lot better than Damage gave her.
BRAD

I can't believe she did this, Enchanted April, and The Crying Game in the same year. I had little patience for this film, and she vindicated my loathing of the main character. She got me in the last scene; she's brilliant at losing it and getting it back.

Marisa Tomei in My Cousin Vinny 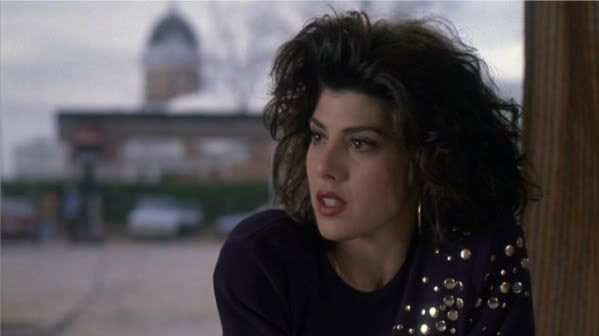 Competent but uninspired. Tomei is the best part of the film, but never elevates the role beyond a stock character that literally any other actress could have played. Perhaps the skintight purple dress won the Oscar for her. (Ooh, catty!)
ALEX

She’s fluent in mechanics, expressive when it comes to body language and definitely above the material. I even laughed when the deer got shot in the head. But the performance lacks deepness, real emotion and the buzz factor.
BRAD

She comes off as the most interesting character in the film in work beyond what's written. Her skill is showing us the depth without throwing the comedy off balance. In fact, she makes it richer and is honestly funny.
BEN

Steals the movie with her pitch-perfect comic timing and portrayal of working-class intelligence. While the movie itself is pretty average, and doesn’t spend enough time exploring Mona Lisa’s character, she is able to create a hugely memorable character.
STINKYLULU

Tomei is charismatic, compelling, and delightfully funny. Her work elevates a negligible supporting role and, in so doing, makes the film much much much more than it might have been without Tomei's Lisa.
MOVIEMANIA

A truly heartfelt, intelligent, and underappreciated performance. Tomei gives Lisa surprising depth the script doesn't, and just enough humor and heart to sustain. Her big trial scene (a knockout) justifies her as my pick for the win. Yeah, she blends.
BROOKE

Unfairly maligned, Tomei’s performance is much better than this messy film deserves; a vibrant characterisation that displays the actress’ uncanny ability for physical comedy and timing. 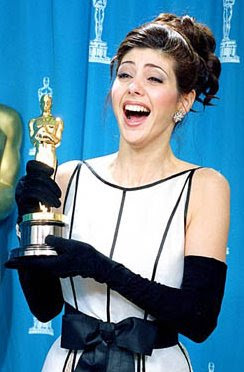 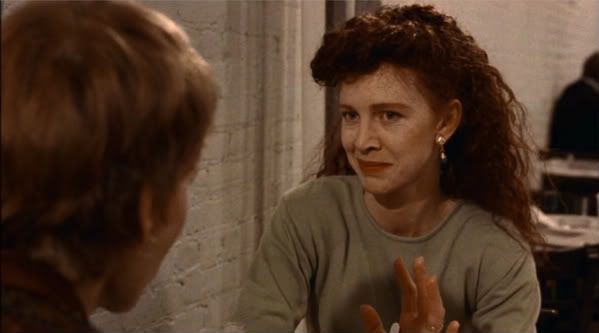 JUDY DAVIS as our
Best Supporting Actress of 1992!

BUT, lovely reader, what do YOU think?
Please share your thoughts in comments.
Posted by StinkyLulu at 11:53 AM 29 comments: Links to this post