This week's film, lovely reader, provides a startling reminder of one of the core reasons why StinkyLulu remains so devoted to the randomness of Supporting Actress Sundays: I would have never watched this film by choice. Why? Well, to start with, the "star" is, along with one or two others, perhaps my least favorite major star in Hollywood history. The production boasts clunky staging, no cinematography to speak of, and broadly uneven performances. The script bears visible scars from the eviscerating red pen of the Hays office. Indeed, there's so little to admire about this production that I find myself as shocked as anyone that I found this film as interesting as I did. First, there're these crazy subplots about Mrs Espinoza (a signal of the films apparent setting on the SoCal coast) and "Portugee gals" (a vestigial surviving bit of the Southeast New England setting of the original novel from which this story is circuitously descended) -- a parallelism which I'll be puzzling out for some time, I suspect. And then, embedded deep within this messy pile is a very early, very unsophisticated articulation of what would become formalized as the modern misunderstood identity romcom ala Maid in Manhattan (the genre elements are nearly all there - count 'em) as well as the basic character configuration of a working class sitcom engaging "serious issues" ala Roseanne. (I just love the cultural genealogy of genre so this is my kind of hoot.) And, of course, at the center of both the misunderstood identity romcom and the snarky sitcom is a wildly inappropriate but devoted and loving "Momma," of the sort played here by... 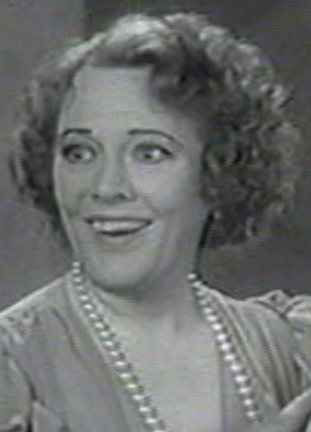 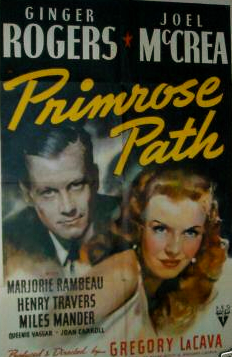 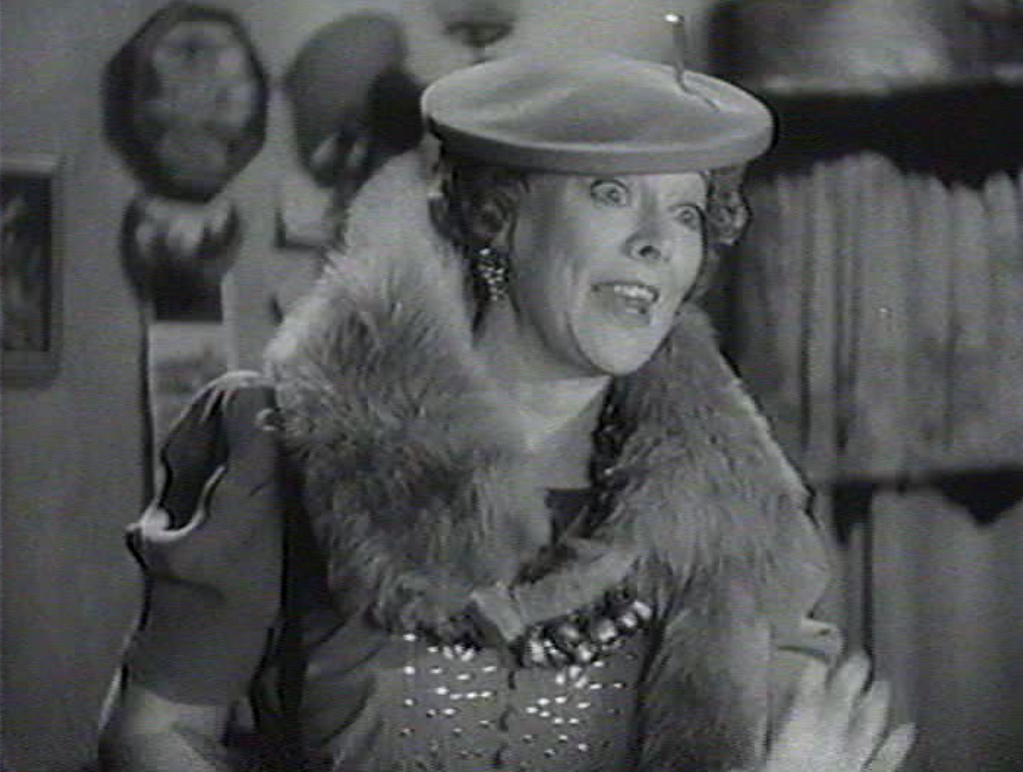 Rambeau's Mamie may wear nice-ish clothes and spend most of her evenings out on the town with generous gentlemen, but she does it all to support her beloved family who live crammed into a 3-room dilapidated shack at the top of Primrose Hill. 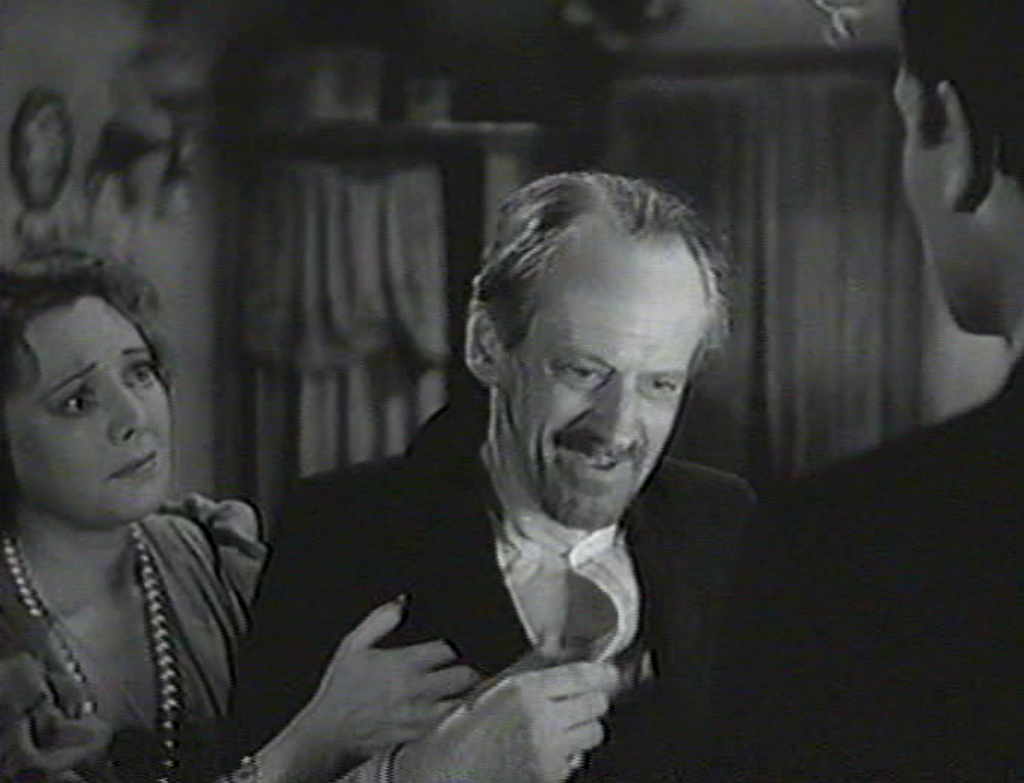 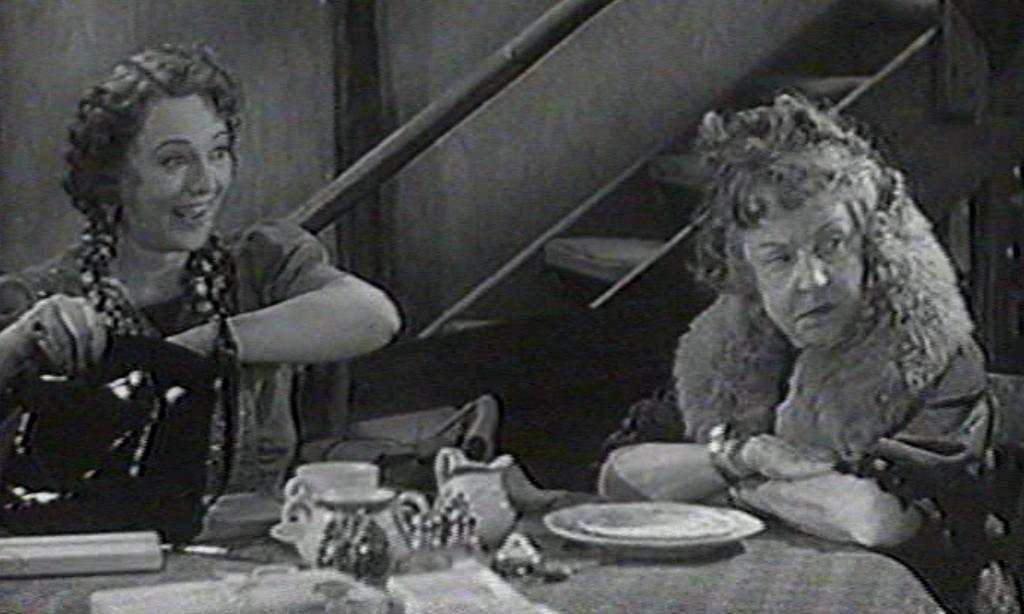 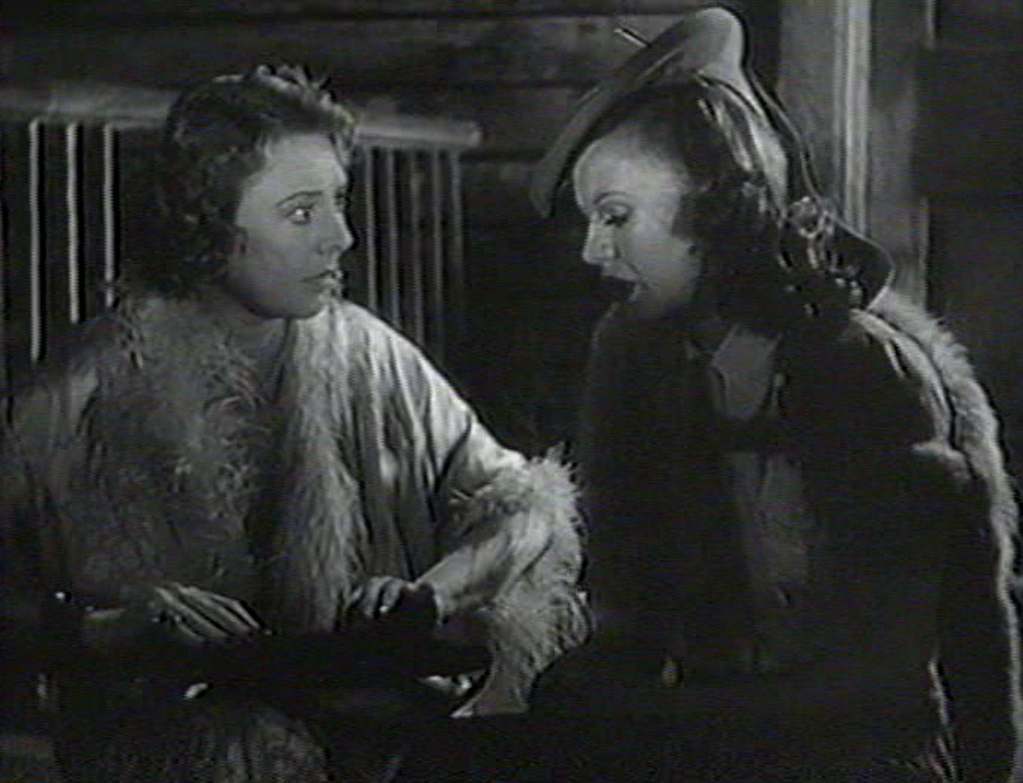 Mamie's family is full of "characters" (click/drag images to your desktop to see full size images): her dissolute drunkard husband Homer (Miles Mander in a curiously luminous performance as a maudlin academic failure); her tart-tongued mother (the improbably named Queenie Vassar in her muggish screen debut as a not-quite-decrepit music hall bawd); her impish younger daughter HoneyBell (Joan Carroll giving a performance that should be in the pre-history of tv sitcom child precocity); and rebellious teen daughter Ellie Mae (the charm-free headliner Ginger Rogers dowded out with brown hair and simpering righteousness). Though her moneymaker may be tiring, Rambeau's Mamie demonstrates her devotion to her family in a variety of ways. She brings home lavish gifts and wads of cash. She remains stubbornly adoring and committed to her alcoholic marriage. But most essentially, Rambeau's Mamie supports Ellie Mae in eloping with a beau Mamie has never seen, in the hopes that her daughter might avoid the "path" on which Mamie was placed by her own mercenary mother. (A side note: Of course, The Code operating as it did, the specifics of Mamie's moneymaking are never specified in the film. I screened it with MrStinky, who had no idea Mamie was a pro, and MrStinky's 70-something father, who thought the kind of "work" Mamie did was totally obvious.) 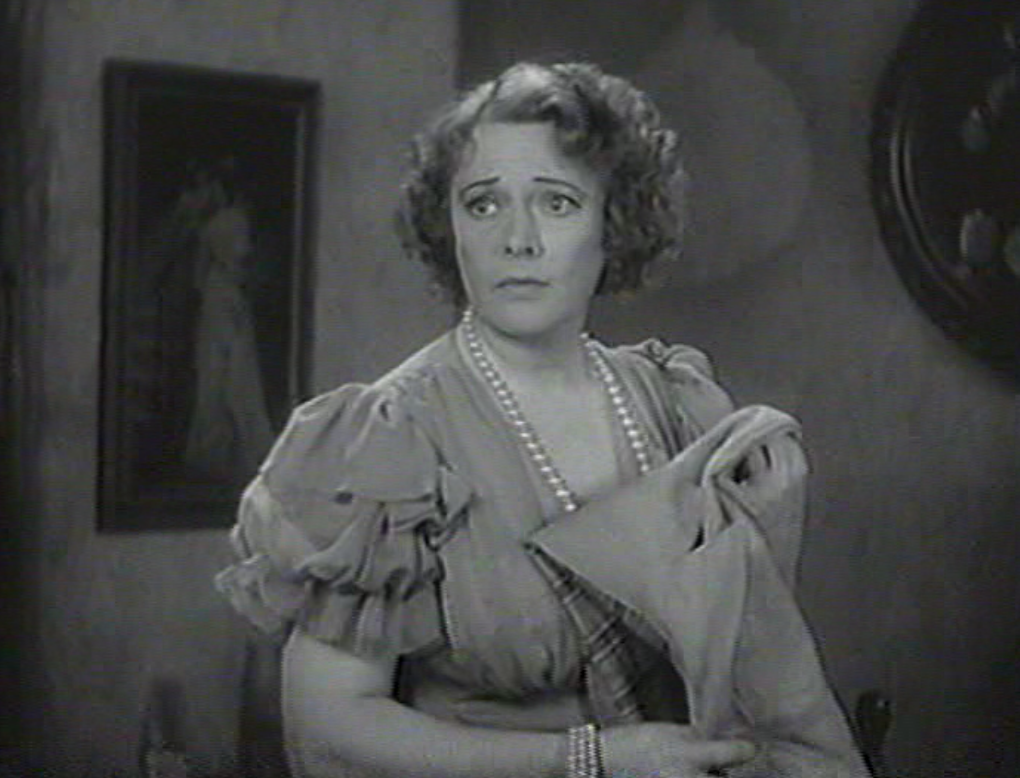 Rambeau's casting and performance emphasizes that Mamie's meant to be appreciated as a harlot with a heart of gold. Yet the script requires Rambeau's Mamie to show that she's still got some "high times" left in her, as when -- still drunk after an all night bender -- Mamie and her friends make a scene at the gas station where Rogers's Ellie Mae has begun working to build a new life. 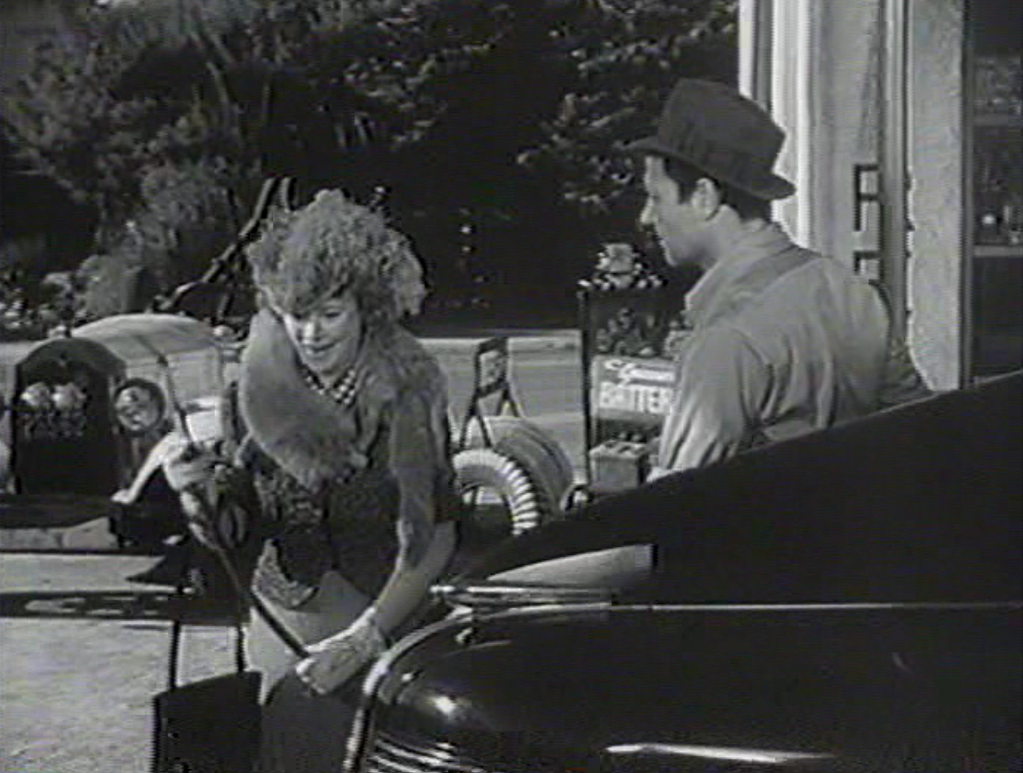 Moreover, this being Hollywood at the early height of its Code-era inanity, Rambeau's Mamie's maternal devotion and fleeting humiliation isn't enough; she must be definitively punished for being a prostitute. 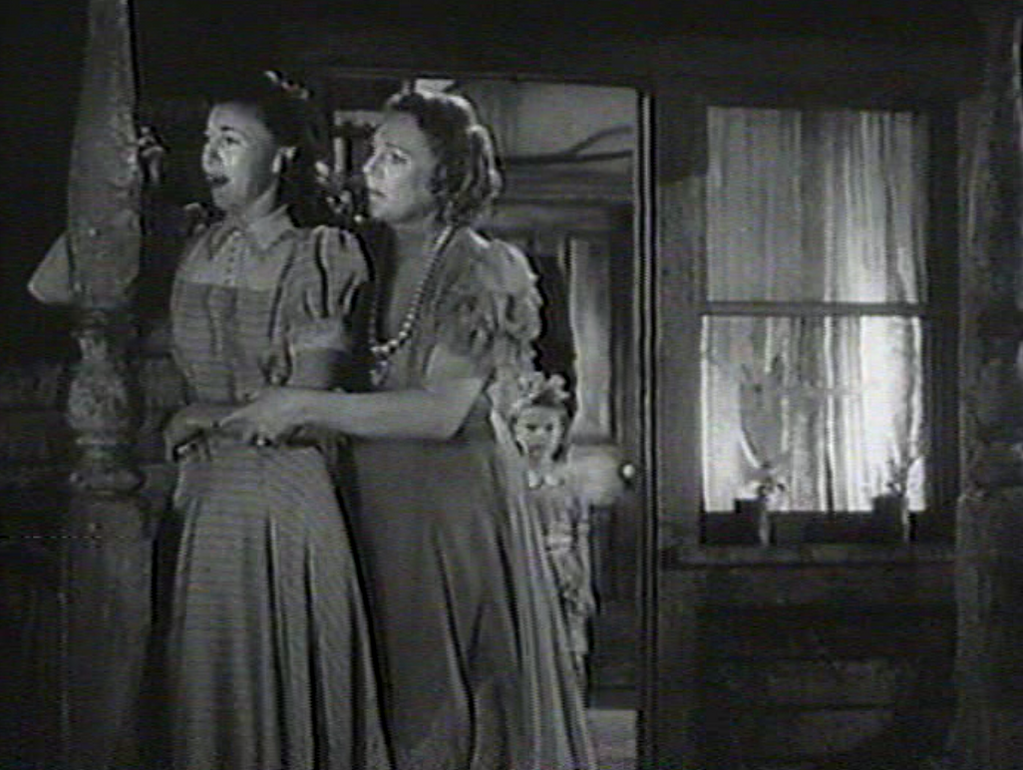 And punished Mamie is: first, when EllieMae's husband rushes out when he recognizes "how" Mamie supports her family and, second, when her own husband -- looped in a paranoic alcoholic rage -- shoots her. 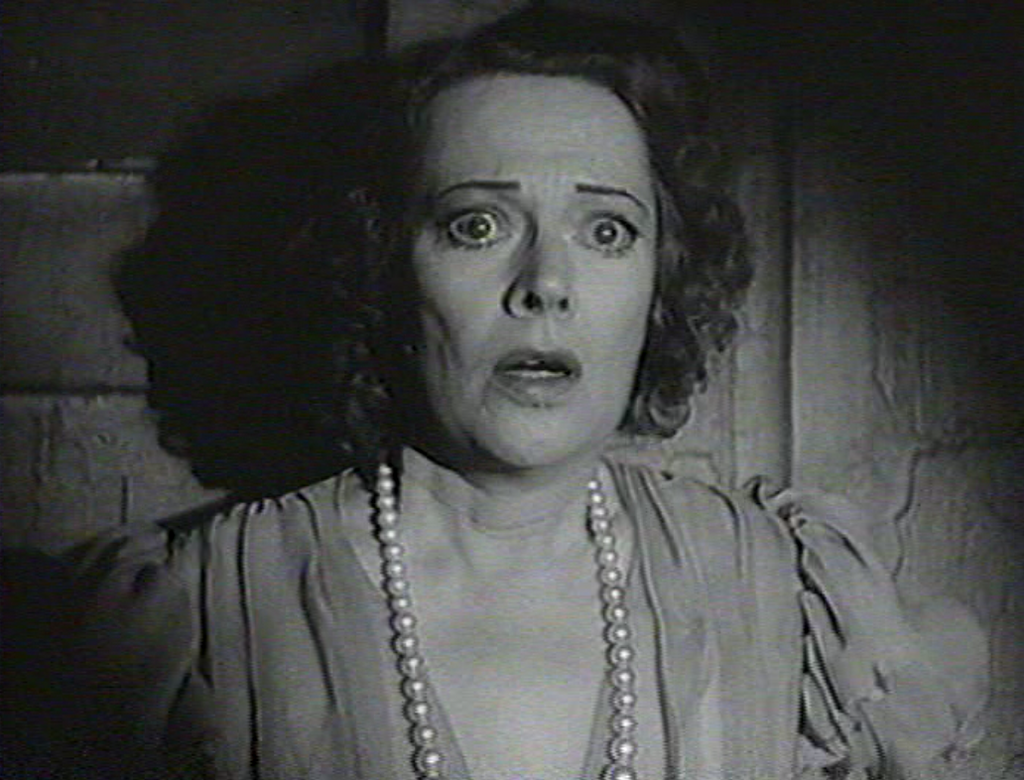 Rambeaus' casting in the part dogs her effectiveness, as Rambeau's Mamie seems more like a mildly trashy schoolteacher than an experience "pro" -- nontheless, Rambeau holds her own adequately enough, investing a palpable warmth in the flighty and superficial role. Only in her wispy handling of her deathbed scenes does the performance really disappoint. 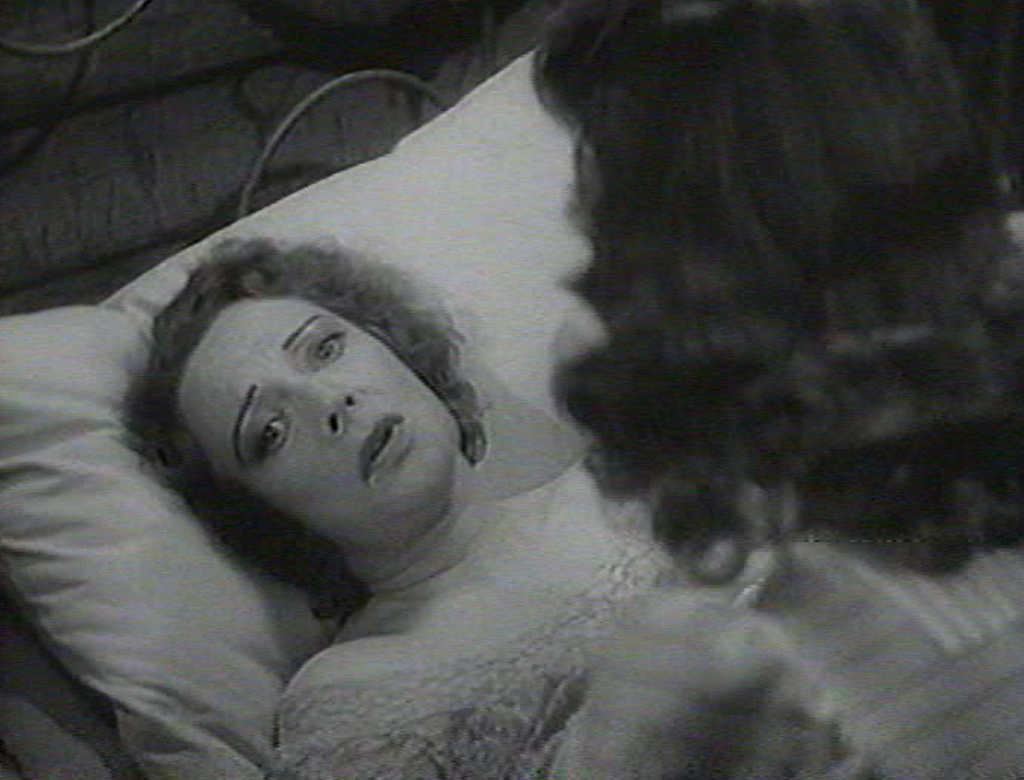 Rambeau adeptly allows you to believe and care about this character. Which is no mean feat, given what the script and the production put her up against. It's not a great performance by any means, but Rambeau remains one of the best things about this strange but fascinating film.

Posted by StinkyLulu at 1:28 PM