Jane Darwell in The Grapes of Wrath (1940) - Supporting Actress Sundays

Lovely reader, StinkyLulu must confess to something. See, for years, I've nursed a grudge against The Grapes of Wrath, whether in novelistic or cinematic or stageplay form. It's been a simple grudge, really. "Why," I'd always find myself asking, "is a story about white people suffering the inhumanities of migrant farmwork an American tragedy? Where are all the brown and black people at?" But, hey, such stubborn, shallow and self-aggrandizing righteousness does occasionally have a perk (when I can finally get over myself at least) -- like when it allows me to encounter, for the first time, the peculiar radiance of... 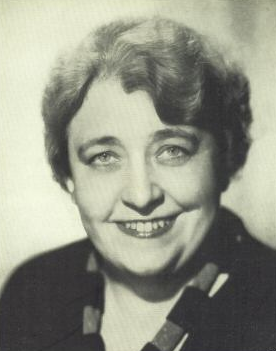 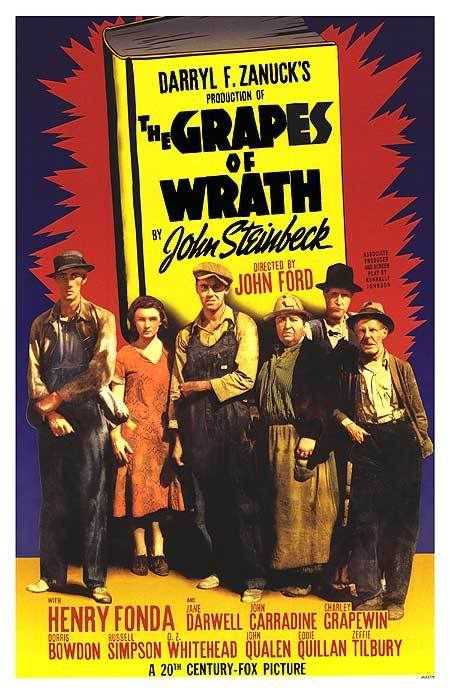 Jane Darwell plays Ma Joad, the staunchly loving mother of the Joad family. Darwell's Ma Joad knows how to distribute limited resources -- like food and love -- appropriately and evenly among her broad clan. Yet, even she does seem to hold a special reserve for her oldest, Tom (Henry Fonda in a revelation of a performance), who has just now arrived home from a stint in the state pen. Tom has returned to discover that his family -- longterm Ozark sharecroppers -- have been evicted and are now homeless. In fact, when Tom finally finds them, the Joads are readying to pull up and move on again, this time to the promise of work in California. Before they hit the road on Route 66, Darwell's Ma Joad sits in the empty house, contemplating a few treasures -- a picture postcard, a newspaper clipping, a tiny ceramic dog, and a pair of old fashioned earrings -- artifacts of the life she and her family are leaving behind. 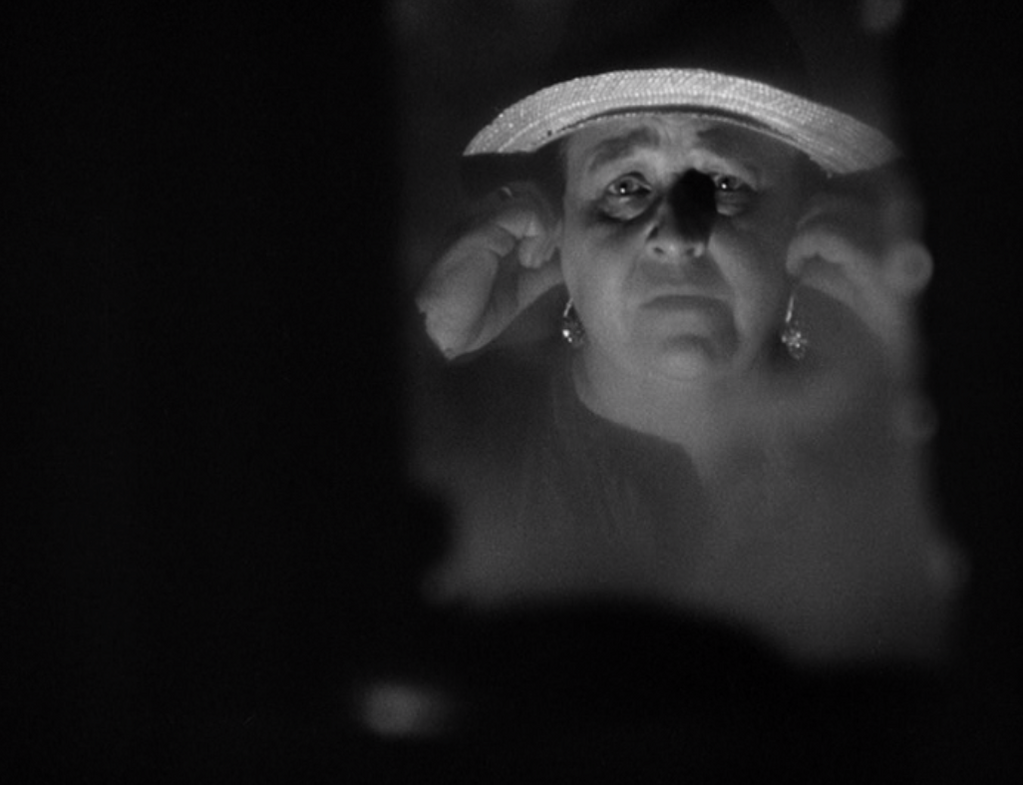 Director John Ford takes quiet care in this short scene to afford Darwell's Ma Joad an elegance and a nobility that belies the poverty and squalor of her circumstances. Indeed, both Darwell and Ford seem -- at every turn -- to remind the audience that Ma Joad is a character who deserves our respect, not our pity. 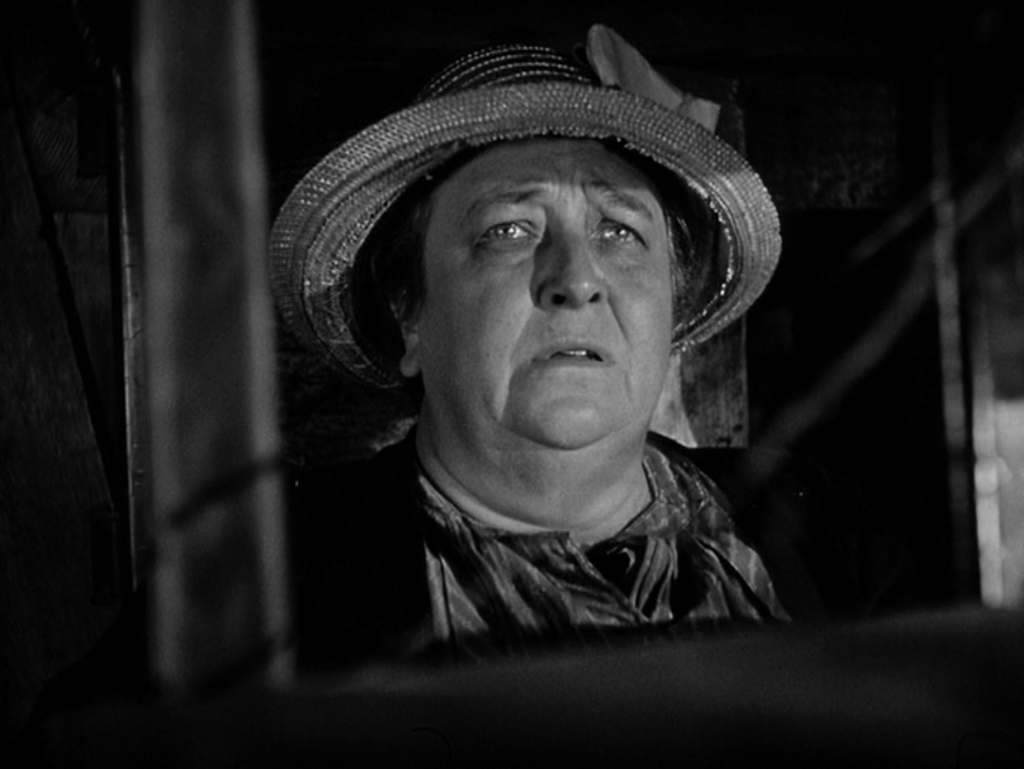 This quiet, stubborn emphasis on Ma Joad's integrity maximizes Darwell's peculiar ability to look completely beaten down and yet still radiate warmth and strength from within. Ford utilizes this attribute throughout the film, effectively exploiting Darwell's Ma Joad as the film's emotional lodestone. For Ford and for us, Darwell's Ma Joad underscores, with specificity and clarity, the emotional costs of the Joads' odyssey. 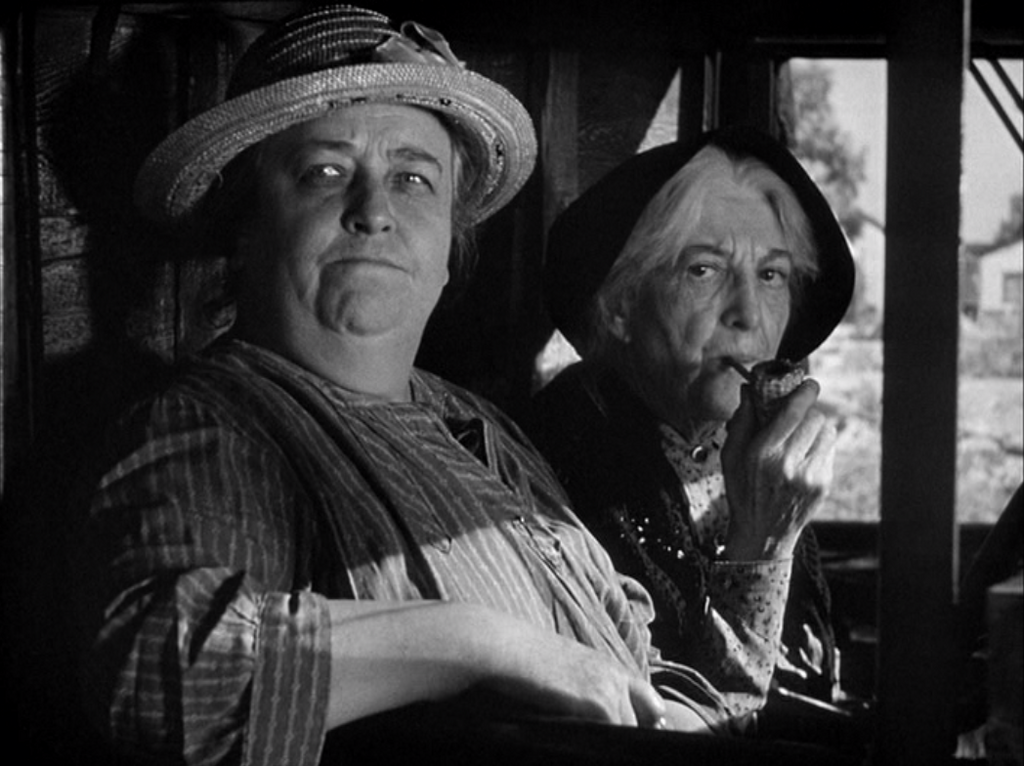 For her part, Darwell faces the challenge of being a salt-of-the-earth martyr mama with incredible intelligence and wit. I noted, as I created screencaps for this post, how every shot of Darwell's Ma Joad seemed to flatten her performance to its most beatific aspects, her bright eyes and sagging pie face seeming to always beam saintly strength. 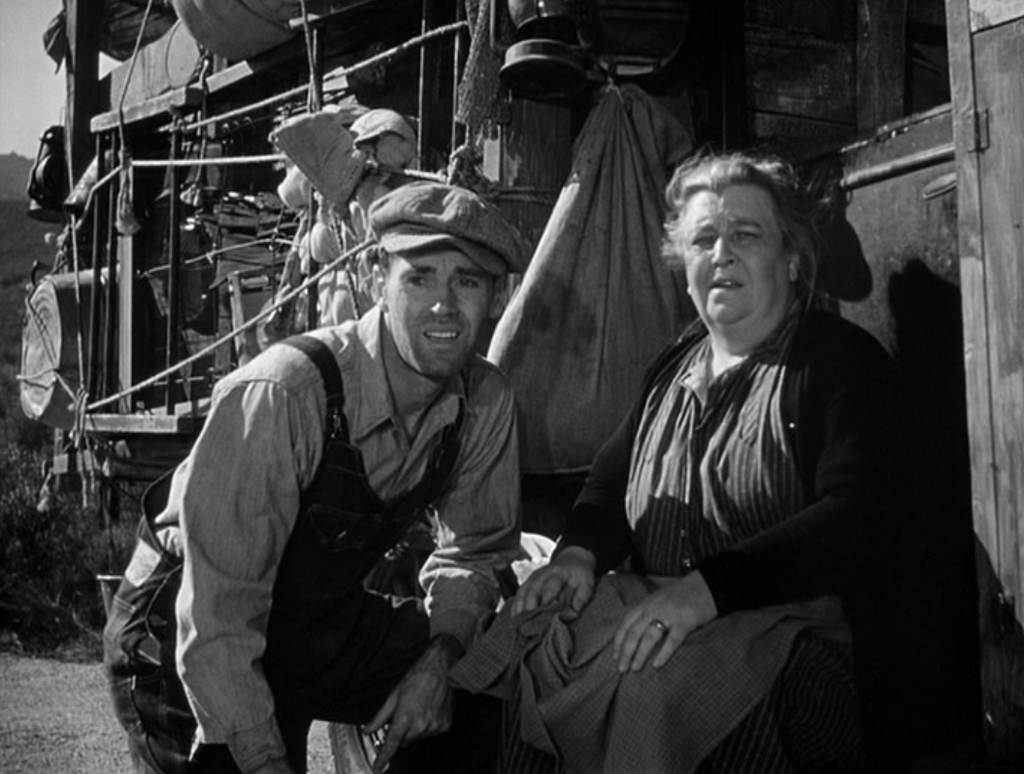 While such weary nobility does punctuate most of Ma Joad's scenes, Darwell's accomplishment in the role derives from her zesty specificity in the part. Darwell's Ma Joad ain't no generic saint; she's a flesh and blood woman, capable of cynicism and irony, willing to lie (but not cheat) when it's the right thing to do to protect her family. I, frankly, did not expect for Darwell to make me giggle (as she did with the line, "On a gallon of gas?") but that she did? Well, you knows how I likes to laugh through my tears. Darwell's is not a perfect performance. But for every old-school bit of business (ie. positioning her face to the camera while walking sideways and wringing her hands), Darwell adds a tipple of simple humanness. Indeed, Darwell's Ma Joad emerges as one of the most contemporary-feeling performances I've encountered from this era of high-style Hollywood filmmaking. 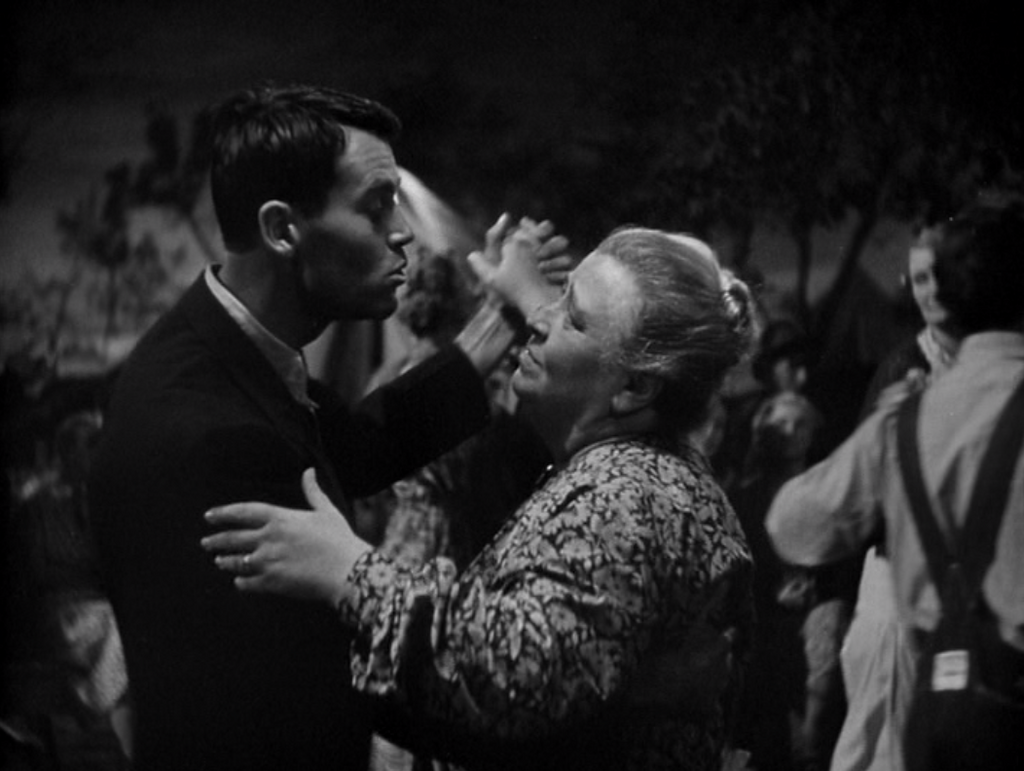 StinkyLulu's an easy mark for a performance like Jane Darwell's Ma Joad: an unconventional screen presence who nails everything the script asks her to do while adding surprising bits and bobs that deepen and complicate -- but never distract from -- the role. (And, truth be told, Darwell could do no wrong in my eyes after the brilliant, nearly wordless beauty of that scene with the earrings.) Darwell's is a deservedly iconic performance, one that StinkyLulu's grateful to have finally "gotten over myself" enough to appreciate.

Posted by StinkyLulu at 9:23 AM

For me, it was always the silent scenes of Ma Joad, her beaming at Tom, glowing in his hopes and determination. This is such a beautiful performance, and one of three from this year I've seen, and quite frankly, if the other two are as good as Darwell, Anderson, and Hussey, this may be the best acting lineup Oscar has ever put together.

first time you've seen jane darwell? have you never seen mary poppins? egads! (she's the bird woman at st. paul's....not that she does much in the movie, but surely you've seen it...)

I s'pose I should have been clearer: the first time I've seen Jane Darwell's entire performance in this film. I've seen most of the major scenes (though not the private treasures scene) excerpted elsewhere, but I've never seen this iconic performance.

The top three Darwell perfs prior to this one?

I'm stuck between your position, stinky, and Pauline Kael, who decried the performance as unbearably phony. I only get the latter when Darnell's forced to mouth stale Steinbeckisms in the last third.

I can appreciate that, Alfred. (I prefer to just not think about that final "we are the people" speech.) Darwell's performance is not perfect, but it's tough to make a shallow archetype real. I'm inclined to appreciate the nuance that happens in the treasures scene and the grandma's already dead enough to excuse the silent movie posturing...

This is fascinating from imdb:
Beulah Bondi was tested for the role of Ma Joad. Bondi, believing that she had the part, reportedly bought an old jalopy and moved to Bakersfield to live among the migrant workers in order to study for the role.


And I also was captivated at the earring scene, and really wondered whether she was going to throw them in the fire. Some haunting filming going on in this movie, and I wonder if the contemporary look is from John Ford banning makeup.