StinkyLulu offers the following geekazoid ramblings as my contribution to The William Wyler Blog-a-thon instigated by the kind and generous goatdog. Be sure to check out the half century of Wyler wonderment over at The William Wyler Blogathon HQ. (Thanks, too, to reader Richie-Rich for flagging the oversight that omitted Geraldine Fitzgerald from Wyler's list of supporting actressness, an error that's now been corrected...) 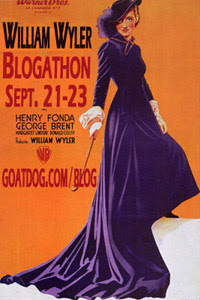 The sure loser, of course, of that 4-way tie for 2nd place in total number of nominated Supporting Actress performances is Elia Kazan. (Kazan, for better or worse, will likely not be directing any more films.) But Kazan will likely hold onto another directorial Supporting Actress record for some time, as the director with the most Best Supporting Actress winners to emerge from his films (Celeste Holm, Gentleman's Agreement - 1947; Kim Hunter, Streetcar Named Desire - 1951; Eva Marie Saint, On the Waterfront - 1954; Jo Van Fleet, East of Eden - 1955). Only two of Wyler's Supporting Actress nominees took the trophy home (Fay Bainter, Jezebel - 1938; Teresa Wright, Mrs. Miniver - 1942), placing him behind Woody Allen (at three for eight) and even with John Huston (at two for five) and Peter Bogdanovich (at two for four).

So why pronounce William Wyler the patron saint of the Best Supporting Actress category? 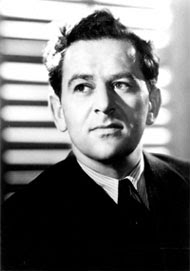 Why not Elia Kazan, who directed more trophy-winning Best Supporting Actresses? Simply, William Wyler did it all and he did it first. Wyler, too, hit that magic plateau of eight nominations, even surpassing it within the first seven years of the category's existence, between 1936 and 1942. Wyler also pushed beyond the 8-nomination glass ceiling to be the first to direct Supporting Actresses to nominations across four decades. (Scorsese and Nichols have since done that as well, but John Huston sneakily snags this stat-heat by directing one nominated performance per decade for five decades.) 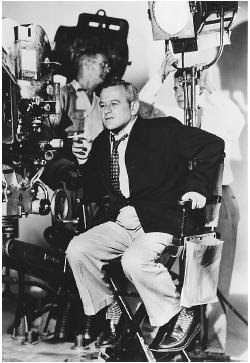 Posted by StinkyLulu at 2:58 PM

I'll talk to the pope. I think there are enough miracles in Wyler's filmography that he should qualify for beatification.

It seems weird that Scorsese is tied with Allen and Kazan and Nichols for second, because I think of him as a man's director. But his films do usually offer at least one meaty role for a supporting actress, or at least the opportunity (hello, Vera Farmiga) to take an underwritten role and do something special with it.

Has there been any supporting actress buzz about Allen's latest?

Yeah, when I did all the counting, I was surprised too how even Scorsese matched up.

A little more than half of his directed noms go to "the girl" (Blanchett, Bracco, Moriarty, Mastrantonio, Foster) in his macho identity dramas, with the others (Ryder, Lewis, Ladd) coming from his genre experiments. Notably, among the 8-fers, Scorsese's the only one of the four to NOT have two noms for Supporting Actress come from the same picture. (Possibly because he's only got the one female role.)

As for the Allen, I haven't heard any buzz.

Then, I s'pose, he will likely not be directing any more films -- eh, Victor?

Let's not restrict ourselves to extolling the performances that were nominated. Here's a list of eight more splendid supporting actress turns that SHOULD have been -all from the House of Wyler:

hey what about geraldine fitzgerald as isabella in wuthering heights? she was directed by wyler and nominated 4 best supporting actress in 1939 as well...would make wyler's count 12 nominees/winners instead of 11...love u stinkylulu!!!