Many highlights punctuated the Stinkys recent trip (StinkyLulu's very first) to the Bay Area: spending time with some of MrStinky's family; good shopping; better food (a, b, c, d, & e); great museum-ing...not to mention a full bout of academentia (much excellent mingling with long-time buds; some important, necessary & not-too-scary "meetings"; presenting some new material). But amidst all 'dat, perhaps the most exultant few hours were spent at the movies with... 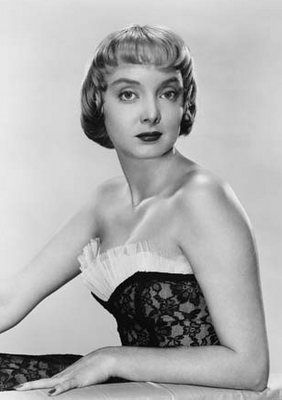 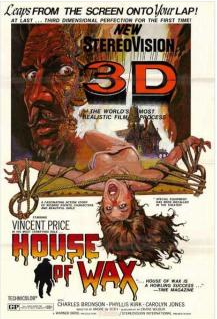 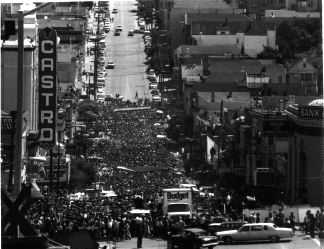 Yes, lovely reader, this past weekend StinkyLulu was able to realize a long-time dream: screening a campy movie at the Castro Theatre. 'Twas a pilgrimage of sorts, as the legend of "the Castro" as a space for gay male identity has long been, in Lulu's imagination, landmarked by the fact of the Castro Theatre's marquee. The footage of Castro pride days often showed hot homos shaking their groove things, but what's long appealed more to StinkyLulu has been the stories of the camptastic movies being screened for the flaming actressexuals just inside the theatre bearing that marquee... So when MrStinky asked: "Is there anything you've always wanted to do in San Francisco?" StinkyLulu meekly but honestly said: "See a movie at the Castro Theatre?" To which MrStinky (being just the sweetest sweetie ever) replied: "What's playing?!" 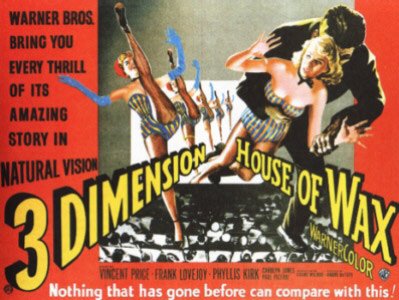 Turned out that the Castro Theatre was hosting a 3-D Film Series over the last week and the screening that fit best into the Stinkys schedule was the 1953 Vincent Price vehicle House of Wax. Even better, the Castro Theatre was screening these 3-D films in 35mm “Dual-interlock,” an arduous process, especially from a theatre management perspective. Basically, the "dual-interlock" projection system uses two projectors to simultaneously run two versions of the film, one filmed for the left eye and one for the right; further, this screening method requires an actual "silver" screen, special polarized glasses (not the typical red/blue, or anaglyphic ones), and an intermission to allow the projectionist to change the reels on both projectors at the same time. The end effect though? Just amazing. 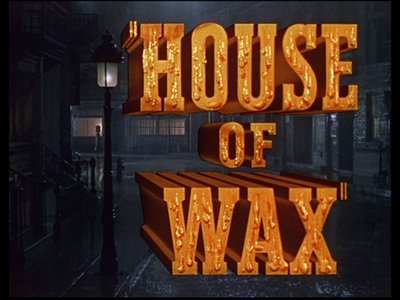 Even the opening credits were exciting. Crisp vivid picture with not even the slightest color degradation creating an often startling 3-D effect. (It's like a full-motion viewmaster.) The House of Wax's legendary paddle-ball & can-can scenes -- set pieces shamelessly exploiting the 3-D schtick -- are totally idiotic and absolutely thrilling. (The paddle-ball barker, especially, totally worked as a way to kick things back into gear after the reel-change/intermission.) But the best 3-D moments felt more fully integrated into the narrative. MrStinky actually screamed out loud a little when the hunky Igor character (Charles Buchinsky aka Charles Bronson) seemed to leap from the front row and right on to the screen. Lulu's favorite 3-Dness, though, came when the detectives wander through Price's studio past variously incomplete wax heads and faces, hung at different heights and depths. Talk about kuh-reepy. (YAY!!!)

And the cherry atop this 3-D cake? The simply brilliant actressing at the edges by a then-unknown Carolyn Jones. Jones (a Supporting Actress nominee perhaps best-known for tv's Morticia) here plays Kathy,

a gold-digging bimbo with her sights set on an ambitious businessman. (Of course, Jones' Kathy has no idea that her boyfriend's new pile of cash came from misdeeds at the expense of Vincent Price's character; cue ominous music.) In a quick series of brief, generally hilarious scenes, Jones' Kathy chatters through reams of ponderous expository dialogue, all the while giving precise and captivating cues that this bimbo's as savvy as they come. Jones' Kathy punctuates her rat-a-tat ramblings with a knowing glance here, a lingering pause there, and an infectious, utterly-contrived chortle that tipples throughout. 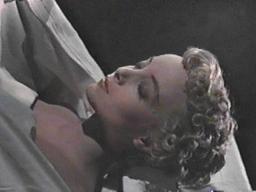 Both visually and vocally, Jones performs a giddy quick-step of a characterization, a performance of animated liveliness that serves the film in surprising and subtle ways. See, Kathy gets it real early on (collateral damage in film's revenge narrative) but she doesn't disappear. Rather, the film's gruesome conceit -- that the mad wax museum man kills people and covers them in wax for his museum -- 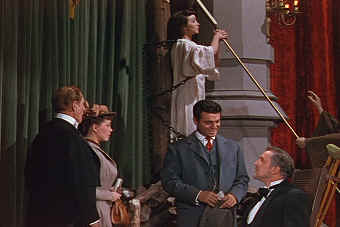 pivots on Jones' Kathy being recognized, even in stillness, even encased in wax, even bewigged as Joan of Arc. Jones' performance of Kathy's vivid liveness haunts the wax museum as well as the remainder of the film, investing the cumbersome and plodding narrative with what emotional hook it has (beyond the spectacle of the scenario and the technology). Indeed, in what should have been a throwaway part in this throwaway film, Jones' contributes an expertly-crafted character performance and, though this film is said to have made Vincent Price a horror star, it's Carolyn Jones who steals the show.

So, what a treat: the utter fabulousness of the afternoon -- homo heritage, cinemania, sweet boyfriendness -- brought to exultant completion by some gorgeous actressing at the edges. Life can be real good. 'Specially at the Castro Theatre!

Posted by StinkyLulu at 8:05 PM

Oooh, Stinky, I'm so jealous. I just returned from a quick trip to the Bay Area, which I took specifically to attend a few 3-Der's at the Castro during this great festival; however, I had to go this week, as I couldn't get time off from work to go last Saturday to see the greatest 3-D epic of them all,House of Wax.

Glad you were able to catch it (the Castro is quite the most lovely theater, no?)- maybe next year for me. Definitely agree regarding Carolyn Jones- she had a very interesting pre-nomination career, giving distinctive-yet-brief performances in big films (the card dealer whose hand the sadistic Lee Marvin memorably swishes a cigarette into in The Big Heat; Frank Sinatra's incredibly blase dog walker in The Tender Trap; Tom Ewell's oversexed nurse in The Seven Year Itch, etc.). Even her Oscar nod comes for a brilliant 6 minutes of work in The Bachelor Party. After the nomination her roles got bigger (possibly her best film work in this vein comes in King Creole) but my most treasured Jones moments come from her quick, yet anything-but-small, performances in those 1950's classics, and Wax is near the top of the list (and on a somewhat irrelevant point, don't you think Jones in Waxhas the smallest waist ever seen anywhere? I guess it's not completely irrelevant to mention this, as she makes it work as part of her vivid characterization).

Yes, The Castro is dreamy. I loved my trip to the Bay Area but the first thing that really made me want to move there was the Castro Theatre. (What kind of freak am I?)

And, yes, Carolyn Jones' corseting scene is just excellent. I really think it's there that she really shines. (Especially opposite her flaccid scene-partner...) I'm now fascinated that she was originally slated for the Donna Reed part in From Here To Eternity...

But I'll have to holler next time I'm heading to the Castro Theatre!

I saw Gorilla at Large (ho-hum, except for Anne Bancroft's curvaceous posturing) and Robot Monster (oh my, what a spectacle- the audience, including myself, loved the travesty of it all- Monster may easily rate as the worst 3D film, or film, ever made but, viewed by a game audience, it's entertainment quota is sky high) on the first night, and Kiss Me Kate the next (love Ann Miller and her suitors- Tommy Rall, Bob Fosse, and Bobby Van- and enjoyed hearing every Miller number applauded. Of course, you have to sit through Kathryn Grayson ranting on and on in one-note fashion to get to them (Howard Keel, however, is very easy to take), but "Too Darn Hot" showcases Miller fabulous fashion, and the beautiful "From This Moment On" featuring Miller, Rall, Fosse, Van, Carol Haney, and Jeanne Coyne carries every weak element before it- as I expected, this extremely classy and classic number featuring truly remarkable dancing (IMO "On" is one of the greatest musical sequences in cinema history) received the biggest hand of the evening).

I'll be expanding (somewhat) on this topic at my own blog, and of course I will link to your excellent thoughts on Wax- thanks again for sharing with those of us less fortunate (and check out Robot Monster if you go next year- Oh-My-God).