Perhaps StinkyLulu's most delightful surprise in recent weeks was... 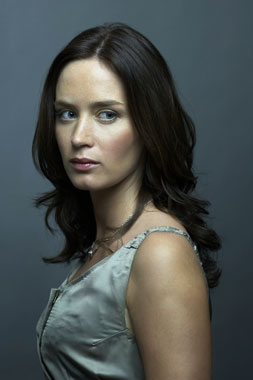 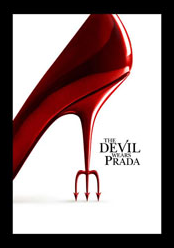 Who is she? Where'd she come from? Did people know she could be so heartbreakingly funny? Why hadn't Lulu seen her before? (Because, really, the only glimpse Lulu'd even caught of Miss Blunt was in the trailer for the now nearly cult film My Summer of Love; a preview which seemed to stalk Lulu for months ostensibly promoting a movie which never actually opened anywhere in The Stinkys' viewing vicinity. And even then, Lulu didn't make that connection until much later thanks to the interweb.)

So? Emily Blunt? Who knew? Anyone? 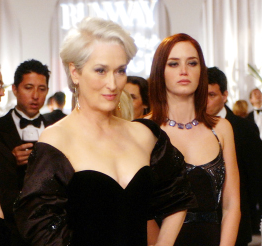 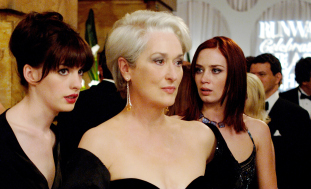 Like the best of Supporting Actresses, Blunt's Emily plays an essential role in the relationship devloped by the film's two leads (Anne Hathaway and Meryl Streep). In truth, despite the assortment of appealing boys in the mix, it's Emily that occupies the third point in the odd romantic triangle at the heart of the film. Her hopeless devotion to Streep's Miranda Priestley, tossed with her frustrated bemusement at the arrival of Hathaway's Andi, sets the emotional stage for the story that follows and which almost leaves her behind. 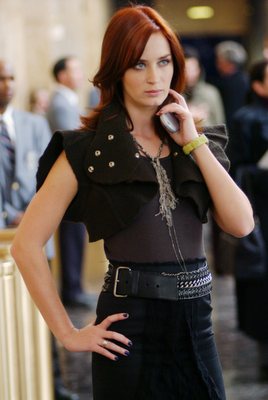 The measure of Blunt's accomplishment in this role is just how much she's able to cultivate an audience's sympathy while playing a vicious sycophantic bitch. Hardly the obvious way to route a role like this (much easier to craft a gorgon in Galliano). But Blunt's Emily is impossibly 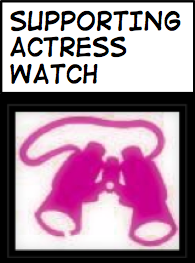 shallow, incomprehensibly self-absorbed, and utterly endearing. And somehow it seems all to come back to the short fingernails painted purple. Again, not the simple choice. But a character choice. Aiming to invest the book's most inscrutably cartoonish character with a measure of living human idiosyncracy.

Blunt's performance announces that she's one to look out for. PLUS she's got most of the shockingly good laugh-lines in the flick. Not to mention some of the kookiest get-ups. All told, memorable & scene-stealing work. (Yes, scene-stealing in the same film where LaStreep gives her best performance of the last decade?!? Just...wow.)

Sorry Anne, the movie belongs to Meryl.
And what little Meryl doesn't own, that belongs to Emily Blunt.

Posted by StinkyLulu at 5:09 PM

She was just incredible in My Summer of Love. I loved the book, I'm looking forward to the movie.

yes--she's great in My Summer of Love. It's a freaky movie with a great, great cast. You should check it out.