StinkyLulu offers the following as my tardy contribution
to the monthly FILM CLUB instigated by Final Girl. 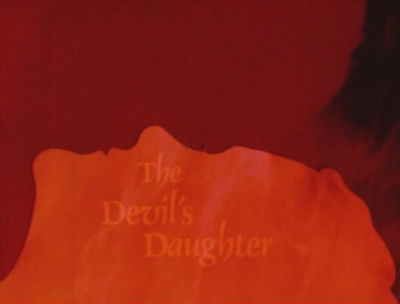 There's much to enjoy about The Devil's Daughter, a 1973 made-for-tv movie depicting the intimate horrors wrought by a secret Satanic cult among elite Californians. Very much a product of its particular cultural and historical moment, the film is variously fascinated with (1) the malevolence of conspiratorial elites; (2) the dark side of upper-middle class society; (3) the perils of independent single womanhood; and (4) that widespread problem apparently sweeping the nation: Satanic insemination. Broadcast the same year abortion was federally decriminalized, and in the first years of the national shift toward "no-fault" divorce, the dystopian The Devil's Daughter exploits the emerging mistrust of marriage and motherhood as appropriate social routes for women's lives. That said, the film operates most amusingly as a genre spoof of popular literary styles (think Ira Levin and Jacqueline Susann) that purported to offer sophisticated cultural critique from the relative privilege of the top of the best seller lists. The film is part Stepford Wives, part Rosemary's Baby, and a whole lotta Once Is Not Enough (a dark romance featuring an orphaned daughter who battles her curious compulsion to be near and behave like her loathsome father). All told, The Devil's Daughter is a loopy confused hoot, composed mostly of oblique references to other films and narratives, in which it's abundantly clear that all involved are just looking to survive the shoot and cash the paycheck. But, for StinkyLulu, The Devil's Daughter also did two other things. First, the film reinstigated my recurrent fascination with just how much cultural angst even the thinnest horror films of the 1970s and 1980s can hold and, second, The Devil's Daughter entranced me as an unanticipated repository of references to my favorite topic: Supporting Actressness. Indeed, at nearly every turn in the narrative came a vivid reference to a nominated performance in the category of best Supporting Actress. As evidence, please consider the following: 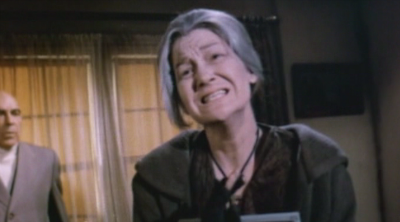 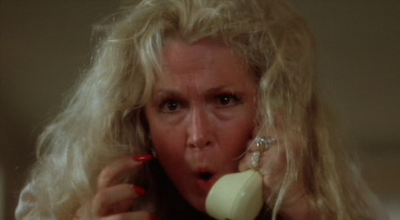 Perhaps the most prophetic reference to Supporting Actressness comes in the first moments of the film. The actress playing Alice (the mother of the demon spawn) is a newcomer named Diane Lad, an actress who would -- in the coming year -- add a second "d" to her surname and pick up her first Oscar nomination in a film called Alice -- check that coinkydink -- Doesn't Live Here Anymore. Ladd would go on to be nominated several more times, most frequently as a mother seeking to protect her daughter from men with whom the mother shares an unsavory history. 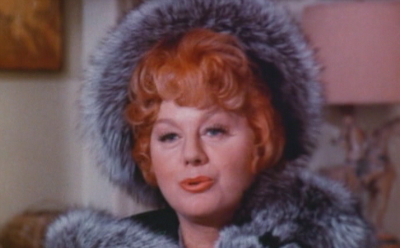 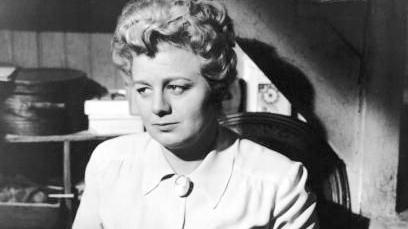 Surely the most derivative reference to Supporting Actressness comes in the person and performance of Shelley Winters as the ominous Lilith. Winters's Lilith inartfully disguises pettiness, bravado and imperiousness under a mask of respectable womanhood -- a loose reprise of the actress's first Supporting Actress trophy-snagging role (as Mrs. Van Dam in 1960's The Diary of Anne Frank). 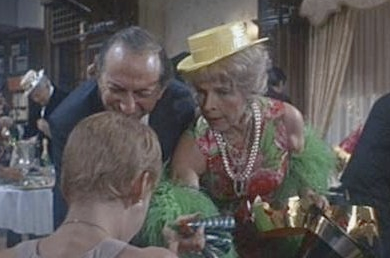 The most conspicuous reference certainly comes in Winters's Lilith as a chubbier version of Ruth Gordon's cheerier (but also trophy-snagging) performance as Minnie in 1968's Rosemary's Baby. In their own party scene, The Devil's Daughter's filmmakers ape the lens work, scenography and composition of the legendary party sequence in Polanski's 1968 film. An unsubtle homage that infuses the 1973 version with an enjoyable effectiveness that it doesn't entirely earn. 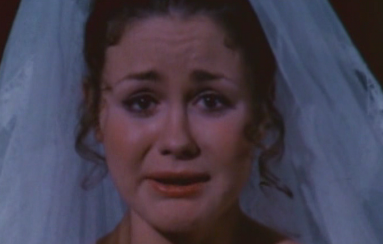 But the most interesting reference comes when the curiously cross-eyed Belinda Montgomery realizes that her marriage is a trap, an elaborate ruse to keep her from fulfilling her own wishes and dreams. Here, the filmmakers seem to be offering another homage to the lens work, scenography and composition of another late 196os auteur -- specifically, Mike Nichols's work in the apocalyptic conclusion (by domestic comedy standards, at least) of 1967's The Graduate. Montgomery's full-frontal bridal shrieks evoke Ross's in ways that underscore the comedy of The Devil's Daughter as well as the darkness of The Graduate.

There are other resonances to be noted too -- Montgomery's basically wearing Piper Laurie's Carrie hairdo; the doomed Jewish-ish roomie is basically the same character as Brenda Vaccarro's in Jacqueline Susann's Once Is Not Enough; the revelatory trance dance evokes everyone from Rita Moreno to Penelope Milford to Rinko Kikuchi -- but the four examples listed above are the ones with which a Supporting Actress obsessive must begin. And each permits my greater appreciation of this little 'sploitation movie from 1973 tv. The folks who made this obscure flick sure had a good time doing it and -- with some attentiveness -- so might we.

Be sure to check out what the rest of the Film Club has to say...

Posted by StinkyLulu at 4:37 PM

I love how odd that is. Diane Lad(d) sent me to imdb where I found out that not only was this particular horror made for TV, but that she did a LOT of television before Alice. So it makes me wonder why she wasn't Flo in the series? Turned it down? Too dramatic? Interesting.

Diane Ladd did end up on "Alice" later in the run, playing "Belle" after Polly Holliday left for the Flo spinoff. But Ladd ended up clashing with Linda Lavin (who by all accounts was a royal bitch to everyone throughout the run of "Alice"), and so "Belle" didn't last. Pity.