Way back in the 80s and early 90s, StinkyLulu had a ritual. Return from college or NYC for some vacation. Call high school bud, Pablo. Plan a screening of whatever Arnold or Sly debacle was playing at the dollar theatre, to be followed by a feast at a local emporium of fried decadence. This treasured ritual honed Lulu's appreciation of the genre's pleasures, both the genuine and the snarky.

And, in particular, this ritual clarified Lulu's devotion to one particular generic component of the action film: THE MAKEOVER. You know how in every Sylvester Stallone (or Jean Claude Van Damme or Vin Diesel) flick there's the big training scene -- 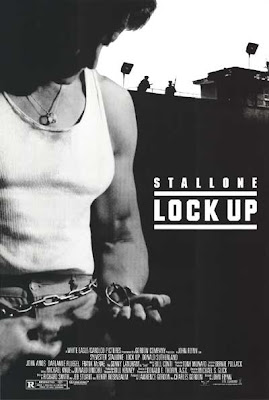 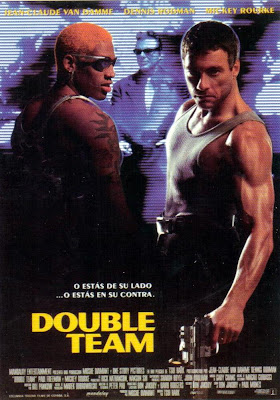 a video montage all amped out with some negligible power pop anthem; the scene where the hero does all kinds of crazy pull-ups and curls; the one when he assembles all his guns or knives or whatevers; the one where he pushes, sweating and grimacing, through the physical pain of his previous weaknesses (born through illness, injury, office bound ineffectualness, or incarceration); the one which typically finishes as he straps himself into some kind of elaborate butt-kicking ensemble, regards himself in a reflective object of some kind, before delivering some glib one-liner (which typically reeks of the screenwriter's desperation to craft a pop culture catch phrase)...

You know that scene?

Well, StinkyLulu's always loved that scene, could watch 'em on loop for hours, in fact. For two reasons. First, because the hero often spends much of the scene nearly nekkid. And second, because it's basically a makeover scene, a spectacular display of the hero's grooming regime, if you will. He's resculpting his body, selecting accessories, and picking an outfit -- all so he can really make an entrance at that big event he's been so looking forward to... It's that pivotal Cinderella scene where the hero walks in an ugly duckling and emerges a power princess...

But what of the MAKEOVER scene when a woman's involved?

Possibly the best Action Heroine Makeover scene happens in one of StinkyLulu's very (guilty) favorite movies ever, 1997's G.I. Jane - Ridley Scott's pitch perfect genre fantasy about women in the military, so socially edgy in its mid90s moment, so quaint amidst the current realities of female casualties in Iraq and Afghanistan. What's great about Moore's makeover in G.I. Jane is not simply that it's literally visible, as she shears her own substantial locks to a military buzz cut... 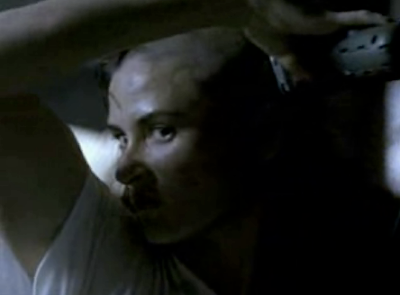 click image for video link
...but also that this self-instigated physical transformation is so explicitly framed by a discussion of gender normativity. In G.I. Jane, Moore's Lt. Jordan O'Neill battles both against her own limitations and also those placed upon her by the fact of her gender. The spectacle, then, of the Action Heroine's Makeover is not her emergence as a power princess but a proclamation of her physical strength, ability, and competence -- that being female does not compromise the Action Heroine's ability to kick butt. At all. It's a gobsmacking spectacle of female power (often signaled by media commentary on her visible triceps). 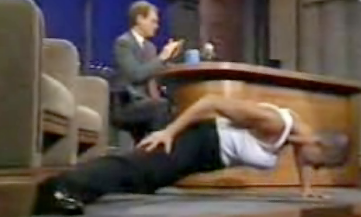 All of which makes me wonder if The Action Heroine Makeover is almost a necessary rite of passage for serious actresses as they maneuver their thirties and forties. Just think of how many major, exceptionally beautiful actresses covered these years by hitting the action genre -- Sigourney Weaver, Jodie Foster, Uma Thurman, Geena Davis, Angela Bassett ...the list goes on. It's as if becoming an Action Heroine itself offers something of a career makeover, proclaiming to audiences: "See, it's not just how I look, but also how much I can do, now pardon me while I kick some ass..." Truly, the Makeover is my favorite part of the Action genre -- for the boys, of course, but most especially for the women...

Posted by StinkyLulu at 1:54 PM

not so rambling silly --that's awesome. I love this post

it has me recalling all sorts of scenes. But you know... one of my favorite anti-heroines has a great makeover scene that's not about these things at all: catwoman.

though it is about crafting the outfit. accessorize!

"Even Rocky had a MON-TAGE!"

Excellent post, Lu, and spot-on in that The Makeover has to occur for the heroine to be taken seriously.

I just discovered your blog thanks to the Action Heroine blog-a-thon and wanted to say that I really enjoyed poking around here. Good stuff!

the comments there are also about the BODIES as it were and whether or not they're objectified. intrrrsting stuff.

thanks for the tip, Nat.
thanks too for this amazing blogathon.

Very astute analysis of the gendered components of the Make-over scenes. I really liked this post - found you through the blog-athon and so glad I did.